Tyee’s FLL team “Caution Wet Floor” won the Inspiration award, and placed 10th out of 34 in their 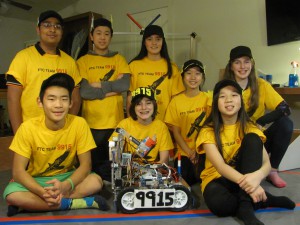