From the popular Korean game Ddakji to an impromptu game of American football; traditional cultural dress from countries around the world to contemporary Western styles, and families who moved to the States in the past year to those who have been here for multiple generations, Woodridge students and their families came together for the school’s second annual Festival of Cultures in early December.

“Getting to know different countries and how to say stuff and write, and what they eat, and what they play — that was my favorite part,” Woodridge second grader Sheo Kim said.

Families enjoyed a multi-national feast of dishes and treats from South America, Eastern Europe, the Middle East and Asia, as well as time sharing and celebrating cultures.

At the school, 32 languages are represented.

Planning for the event began at the beginning of the school year, led by PTSA Co-Vice Presidents of Programs Sanaz Nowtash and Susan Ishii-Yin.

“We wanted to create an event that brought everybody together,” Ishii-Yin said. “This is our second year with the Festival of Cultures. Showcasing your culture, especially with food, is a great way of bringing the community together. It’s a great way to get to know other families that go to our school.” 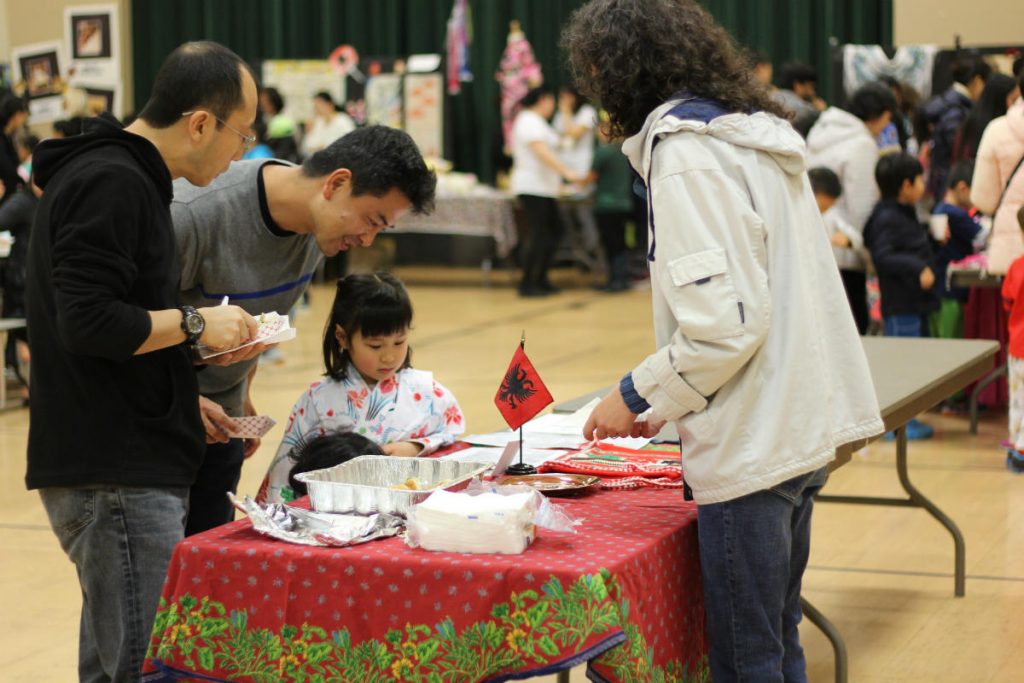 Families were invited to sign up to host a table, including making a recipe from their culture to share, as well as having information about their country, traditions, and the educational system. Several families also had activities or games that students could learn.

“I believe it’s important to learn as much as we can about others and their cultures, in order to bring unity to our community and this world,” Hepworth said. “When we can all take the time to listen, learn and share, we can also learn how to increase our understanding of commonalities and celebrate our differences.”

Unity is one of the virtues highlighted districtwide during the year and Hepworth said that they are continuously looking for ways to engage the school community in learning and applying them.

“I believe that we need to model the virtues and find opportunities for our students to engage in them as they become global citizens,” Hepworth said.  “At Woodridge, the virtue of unity is a core value we believe in teaching and modeling for each of our students, staff and families and our Festival of Culture celebration helps contribute to this endeavor!”

Nowtash said that it was exciting to see her children embracing, and sharing their American and Iranian cultures. “My kids, they consider themselves American when we talk about their background,” she said. “But when it comes to Festival of Cultures they were so interested: They were asking from day one ‘When is it going to be?’ And it’s interesting, they go grab their friends and bring them and say, ‘come try this food, come try this instrument,’ and they are very excited about it.”