Early in the morning the Lake Hills Jaguars are roaring with excitement as they wait in anticipation of the ClapOut, a new schoolwide tradition that began this year.

ClapOuts are a celebration of a group of students who are being recognized collectively for a number of traits such as hardworking, friendly, flexible and charming.  During the Clapouts students parade through the hallways displaying their character traits, while other students cheer them on.

“I think it’s a lot more reflective of the heart and soul of our community,” said Principal Chris Jones.  “Educators, parents and peers coming together to celebrate the growth and success of our students has helped to strengthen our school community.  The ClapOut also directly reinforces the message that character traits are the keys that unlock academic success.”

This year ClapOuts are being held three times a year at Lake Hills and next year they’ll be held quarterly.  Each Jaguar is recognized at one of the annual ClapOuts for what they bring to the school and community.

“The recognition may have something to do with academic performance, but it equally has something to do with their unique traits, as to how they authentically show up as themselves and how that makes a positive impact on our community collectively,” said Assistant Principal Robin Moore.

Traditionally at recognition assemblies individual students are called up, receive a certificate, have their photo taken to commemorate the recognition and are applauded.

As part of Lake Hills’ Positive & Productive Life work, the school chose to take a different approach to student recognition.

“At Lake Hills, we are a multicultural school that is linguistically and culturally diverse,” said Jones.  “A part of culturally responsive teaching is the discussion of individual cultures versus collectivist cultures.  Some of our families and students associate with collectivist cultures and the ClapOut resonates with them a lot more powerfully than a traditional recognition assembly.” 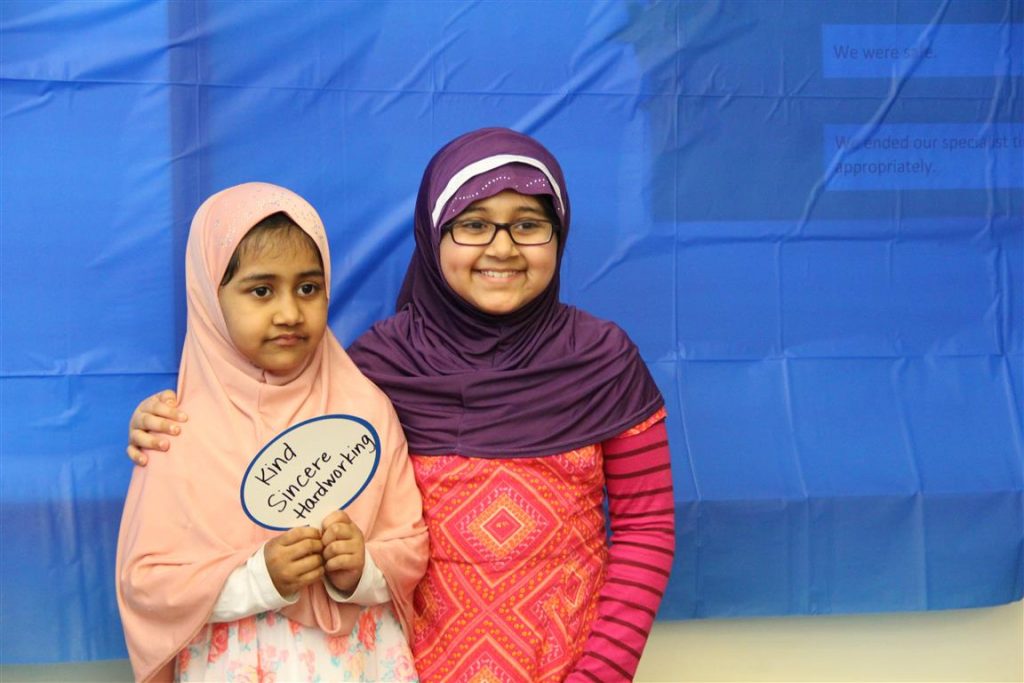 The goals of ClapOuts are: to create a greater sense of belonging for all students, build a positive culture that is honoring the whole child and collectivist in nature, and recognize that the school community is great because of each student’s differences.

“The culture that we are building is one that honors what every single child brings to the school community,” said Moore.  “It recognizes that every student has great strengths and we want to celebrate those strengths as stepping stones to help students grow and improve academically, socially and emotionally.”

Fifth grader Emily Beristain was recognized at the most recent ClapOut on April 5 for honesty and respect.

“It made me feel proud and happy because I haven’t been recognized for those traits,” she said.

At the January ClapOut Beristain was in the hallways cheering on her classmates, which she also liked because she was able to be supportive of other students in the school.

This time was a different experience since she was recognized for her own traits.

“For just being the person to stand outside of the classroom, it felt like a little bit of people, but then this time when we walked all around the school I saw how many people were actually there lining the walls,” Beristain said with a big smile.

Another student described the experience as “I felt like I was king!”

Beristain said that overall the ClapOut makes the students happier than they already are.

“It just makes your day,” she said.

Parents are invited to participate in the Clapouts and they are appreciative of the new recognition style too.

“I love the ClapOut,” said Ana Gutierrez, parent of a third grader.  “I want to continue this activity because the kids are growing and this pushes them to keep working.”

Yesenia Castillo has two students at Lake Hills and she too enjoys the ClapOuts.  “I appreciate that it was participation for the families,” she said.  “I appreciate the opportunity to come to school and be with my kids when they are being recognized by the school.”

While waiting for the students to parade down the hallways, Castillo talked to her neighbors and although they didn’t know each other they conversed and formed new relationships.

The school sees success with each of the ClapOuts because of the smiles of students, staff and families’ faces.  They hope that the tradition continues to build.

“At a traditional recognition assembly, I don’t know that I’ve ever seen as animated or as visceral of a response from kids who are just beaming with smiles like they are the ClapOuts,” said Jones.

School counselor Shannon Johnson agreed with Jones and said, “As a staff we feel happy for the people that are being recognized in those traditional assemblies – but the ClapOuts give us goosebumps!  The cheers that go on through the whole building and the echo – you can just hear it constant and it’s way more electric.”