It Is Rocket Science: Newport Students Lead the Way in Rocketry

Home → It Is Rocket Science: Newport Students Lead the Way in Rocketry 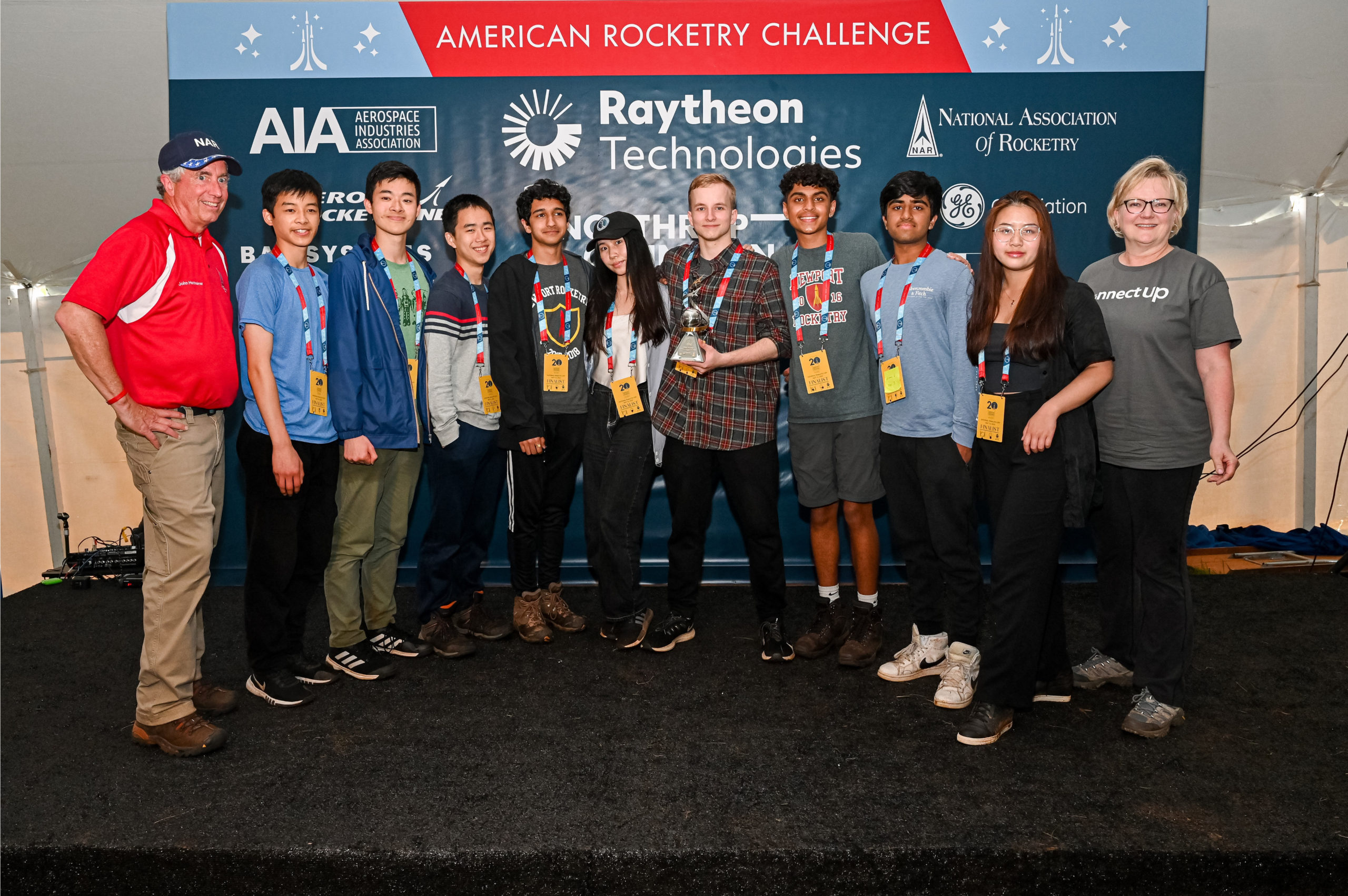 Newport High School is home to the national champion rocketry team! Team Graveyard (NHS Team 2) recently won the national championship at the 2022 American Rocketry Challenge, the largest student rocketry competition in the world. Among the top 100 teams competing in the national finals in The Plains, Virginia, Newport brought home both first and second place finishes. NHS students will now represent the United States at the International Rocketry Challenge at the Farnborough Airshow outside London in July. The winning team also took home a $20,000 grand prize.

Meeska Mooska, (NHS Team 1) finished in second place and won $15,000 in prize money. The two teams were among 724 teams from 41 states that competed in this year’s challenge. Other Bellevue school teams also achieved notable finishes at the Rocketry Challenge, including: 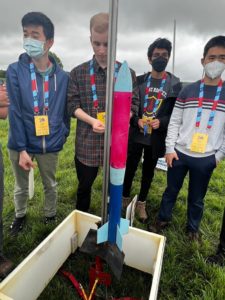 Team Graveyard strategically adjusted their target mass in response to local weather conditions. Coming from the Pacific Northwest, they had the advantage of knowing how to launch in both wet and dry climates. During the second launch, the weather had rapidly changed, becoming rainy and windy, similar conditions to launches they often conducted at home. They knew to prioritize keeping their motor and igniter dry, knowing that many rain launches fail when the igniter is wet. Prior to the competition, the team had stayed up until the early morning hours to plan out exactly what would happen during the competition.

“We had our fair share of challenges, but we were determined to work through them, and that’s what made the difference for us in this competition. Our advisors and mentors have supported us every step of the way. I am so proud of the team and what we have been able to accomplish.”

Jeremy Brown, Newport High School teacher advisor to the rocketry teams, said Team 2 utilized a modular design that allowed them to swap out damaged parts and make quick engineering updates to improve their rocket. More than 40 practice launches over the past eight months allowed the students to achieve extremely consistent results at the finals, according to Brown.

An Aerospace Industries Association of America (AIA) event, the American Rocketry Challenge celebrated its 20th anniversary but this the first time since 2019 where teams have had the opportunity to compete in the National Finals launch, which were cancelled in 2020 due to the COVID-19 pandemic.

The competition is the aerospace and defense industry’s flagship program to encourage students to pursue education and careers in science, technology, engineering and math (STEM). It gives students the chance to design, build and launch model rockets, and the contest attracts hundreds of teams and thousands of students annually.

“Competitors in the 2022 American Rocketry Challenge will be the leaders in the industries defining our future-whether building the rockets that will take humans to Mars, designing for a more sustainable world, or innovations beyond our current imagination”

Newport High School has been competing in the American Rocketry Challenge since 2014. Bruce Buswell has served as Newport Rocketry’s advisor since 2013, when his son George Eller founded the club. The teams meet after school every week for four hours, and on weekends for another four, to build, test and launch their rockets. The club is run entirely by students who take charge of engineering, materials management, and launch processes. The freedom to experiment and design helps foster deeper learning.

The team believes what makes Team Graveyard special is that while they may seem similar on the outside, they are brimming with differences. Team members come from different backgrounds, each with their own story and purpose, and specialize in different subjects. Their unique contributions, backgrounds, and specialties allow them to trust each other. Listen to what the team had to share about their experience and team unity at the May 19 BSD School Board meeting.

Taking On the World

The students from Newport High School will next represent the United States in the International Finals in July which will take place at the Farnborough Airshow outside of London. The team is looking forward to getting to know their fellow rocketeer finalists from the UK, France and Japan.

“I wish all of you could have been there to witness this competition; it was a truly storybook moment. In 25 years of teaching and coaching, I have never had such an incredible and memorable experience. You would have been so proud of these young people. Not only were they outstanding at building and flying their rockets, they were also wonderfully supportive of each other and other teams. In fact, they went out of their way to help another rocketry team that was in need. All of this could not have happened without all of us, students, high school, and district, working together. The Newport Rocketry team hopes that everyone can share in this victory, and we hope you will continue to support us in our next challenge! We want to bring home a World Title!” 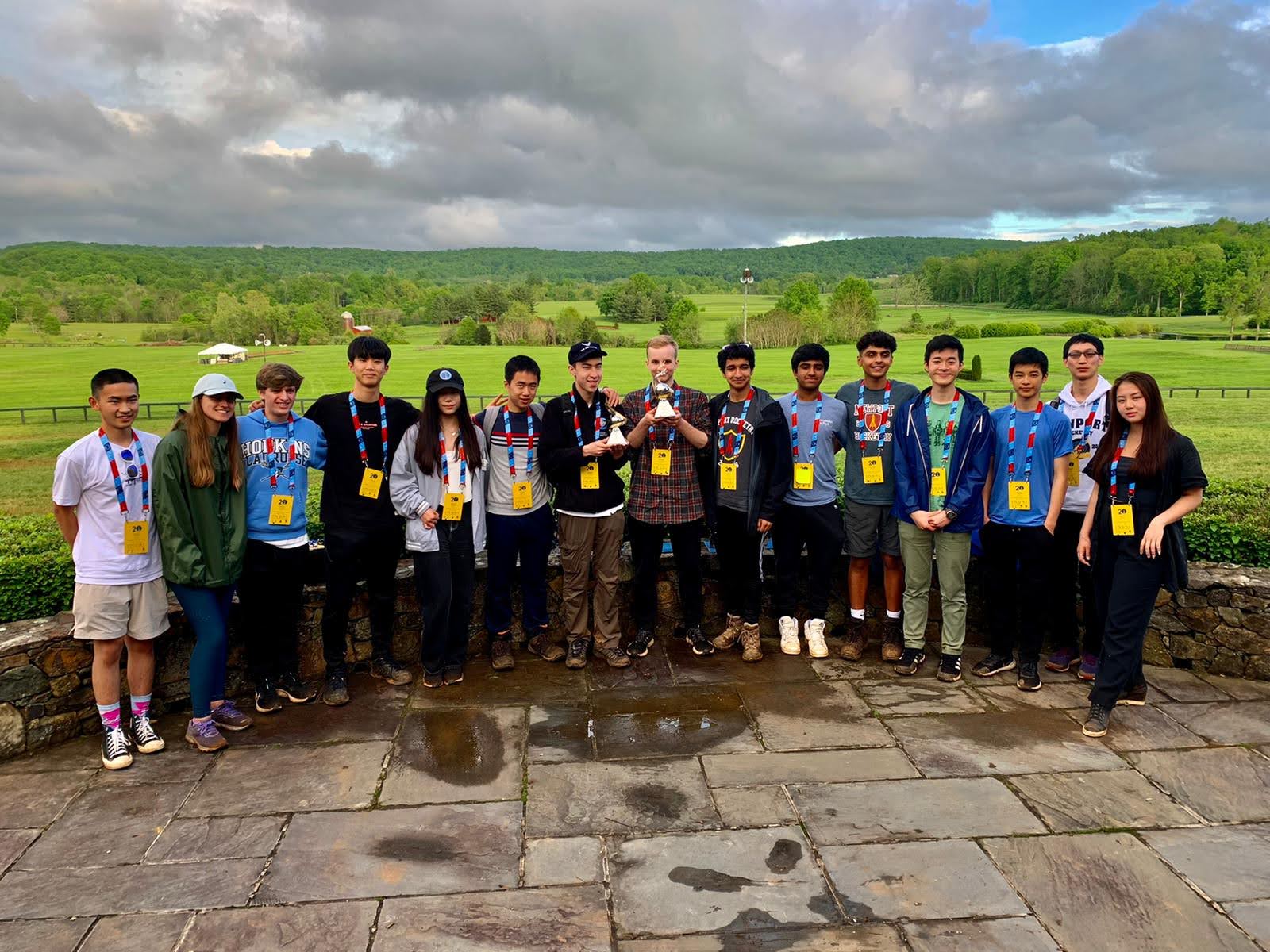