Unidos: Inclusivity for A Stronger Nation 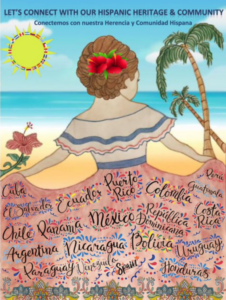 Unidos: Inclusivity for A Stronger Nation

National Hispanic American Heritage Month is observed in the United States from September 15 to October 15 each year to recognize and celebrate the achievements of individuals of Hispanic heritage. We celebrate the histories, cultures and narratives of those whose ancestors came from Spain, Mexico, the Caribbean, Central America, and South America and honor the contributions they have made to our local, national, and global communities.

The observation started in 1968 as Hispanic Heritage Week, under President Lyndon Johnson. Then, in 1988, President Ronald Reagan expanded the recognition to extend for the duration of a month. The date of September 15 is significant because it is the anniversary of independence for Latin American countries Costa Rica, El Salvador, Guatemala, Honduras and Nicaragua. In addition, Mexico and Chile celebrate their independence days on September 16 and September18, respectively.

The national theme for Hispanic Heritage Month 2022 is Unidos: Inclusivity for a Stronger Nation. The theme and associated image reinforce the need to ensure diverse voices and perspectives are welcomed in decision-making processes, thereby helping to build stronger communities and a stronger nation.

Celebrating as A Learning Community

“National Hispanic Heritage Month is an important reminder of how much strength we draw as a nation from our immigrant roots and our values as a nation of immigrants.”

Hispanic American Heritage Month is celebrated across the country and locally in a multitude of ways. Concerts, parades, food fairs, and more are organized to help bring communities together. Events like art exhibitions and book readings celebrate the contributions of Hispanic authors and artists.

Throughout the month, BSD schools will offer opportunities for students and families to take part in celebrations at their school. BSD Library Educator, Jennifer Ching from Stevenson Elementary, shares the following in honor of Hispanic Heritage month. All elementary families are invited to read these suggested titles together, and middle grade students are encouraged to read independently. These books are available at your school library or through the King County Library System. 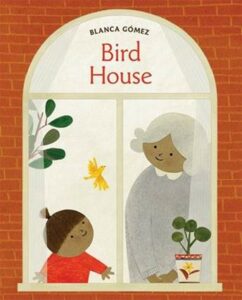 Bird House by Blanca Gómez tells the sweet story of a little girl and her abuela who save an injured bird. Read the book to find out what happens after the bird is released! 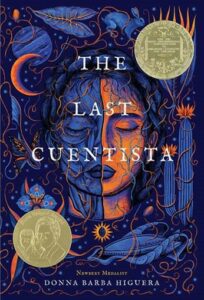 Local eastside author, Donna Barba Higuera, won the Newbery and Pura Belpré Awards for The Last Cuentista, a middle grade novel about a 12-year-old who becomes the sole keeper of stories from earth.

The National Council of Hispanic Employment Program Managers (NCHEPM) supports the federal observance each year by leading the process to select the annual theme.

Find the titles mentioned above and many others through King County Library Systems.