文Á
Website Accessibility
BSD405.org
(425) 456-7800
14844 SE 22nd St.
Students
Families
Community
Staff
Welcome Back: Find out about the first day of school and other back to school resources 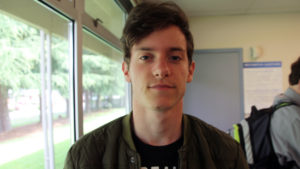 Written by Jackson Robinson, Class of 2018

Senior Jordan Burckhardt, like many teenagers today, loves playing video games. However, unlike most of his peers he is using Big Picture’s Internship program to pursue his passion for game design. He works with his mentor, Renee, to learn various aspects of what make up the process of designing a video game. Jordan experiments on the game his mentor Renee and the rest of the Stumbling Cat team are creating. Jordan explained that his experimentation is “stuff not necessarily to be put in the game but just so I get a learning experience out of it.” But he also said, “a lot of the puzzles I’ve come up with and a lot of the ideas I’ve come up with, her (Renee) and some of her team member have actually liked them and actually considered putting them in their game.”

Jordan’s internship is particularly unique because his mentor and her company aren’t in Washington. Renee and the rest of Stumbling Cat works out of California, so every Thursday morning Jordan and Renee meet over the phone and decide on what Jordan will work on for that day. Jordan loves his internship but says that the biggest challenge for his internship is communication, he said that “if don’t get the call then sometimes I’m not quite sure what I’m supposed to be working on that day”. On the flip side, if Jordan has any questions he can’t find answers to online his mentor is usually available to call and discuss solutions to the problem Jordan has found. 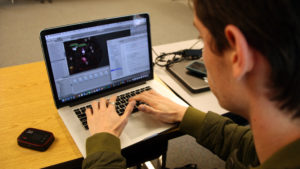 Jordan’s biggest take-away from his internship is knowing the “nitty-gritty of game design such as how to make a level [or] how to program enemies to attack,” using the Unity game engine. He also told me two of his favorite parts of his internship. The first being that his internship has shown him that he is not a “big fan” of the programming side of game design and that he is more interested in the “creativity and the design” of the video game making process. The main reason he likes his internship though is that he can “put down whatever is in [his] head onto paper and actually make in and implement it into Unity.” Jordan, like many other students at Big Picture, enjoys the process of creating an idea and working hard to see it come to fruition. Through his internship, Jordan has gained the ability to turn almost anything, from a new level or puzzle to a whole character, into a reality.