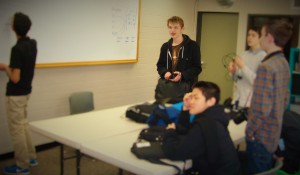 The YMCA is a non-profit organization that strives to help get both youths and adults live better and healthier. They operate multiple facilities throughout the country that act as gyms with a large variety of programs for anyone, no matter the age, gender, race, religion, sexual orientation, or financial circumstance. With the ever expanding power of modern social media, the YMCA has never been fully incorporated. This is the job of Nolan and his fellow interns.

Nolan is a member of the Big Picture Media group at the YMCA. Their job is to help fully introduce the YMCA to the vast world of social media. They manage the YMCA’s accounts all over the internet, ranging from Facebook, Twitter, Tumblr, and many others sites. Nolan himself, works as a technician who helps the others in their technological issues as well as going over every document or post created to see if they are up to the YMCA’s Brand standard. 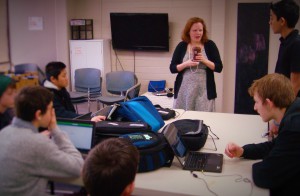 Throughout his time working at the YMCA, he has stated that he learned how a business functions and how precise standards must be to get approved and usable for the company. Nolan has stated that he has gained as much knowledge he possibly can at the YMCA and is thinking of leaving to find a new internship. He plans to apply this knowledge of standards and technology to his next internship.

The Bellevue School District acknowledges that we learn, work, live and gather on the Indigenous Land of the Coast Salish peoples, specifically the Duwamish and Snoqualmie Tribes. We thank these caretakers of this land, who have lived and continue to live here, since time immemorial.
Copyright © 2023