BSD Celebrates the Year of the Tiger

Home → BSD Celebrates the Year of the Tiger 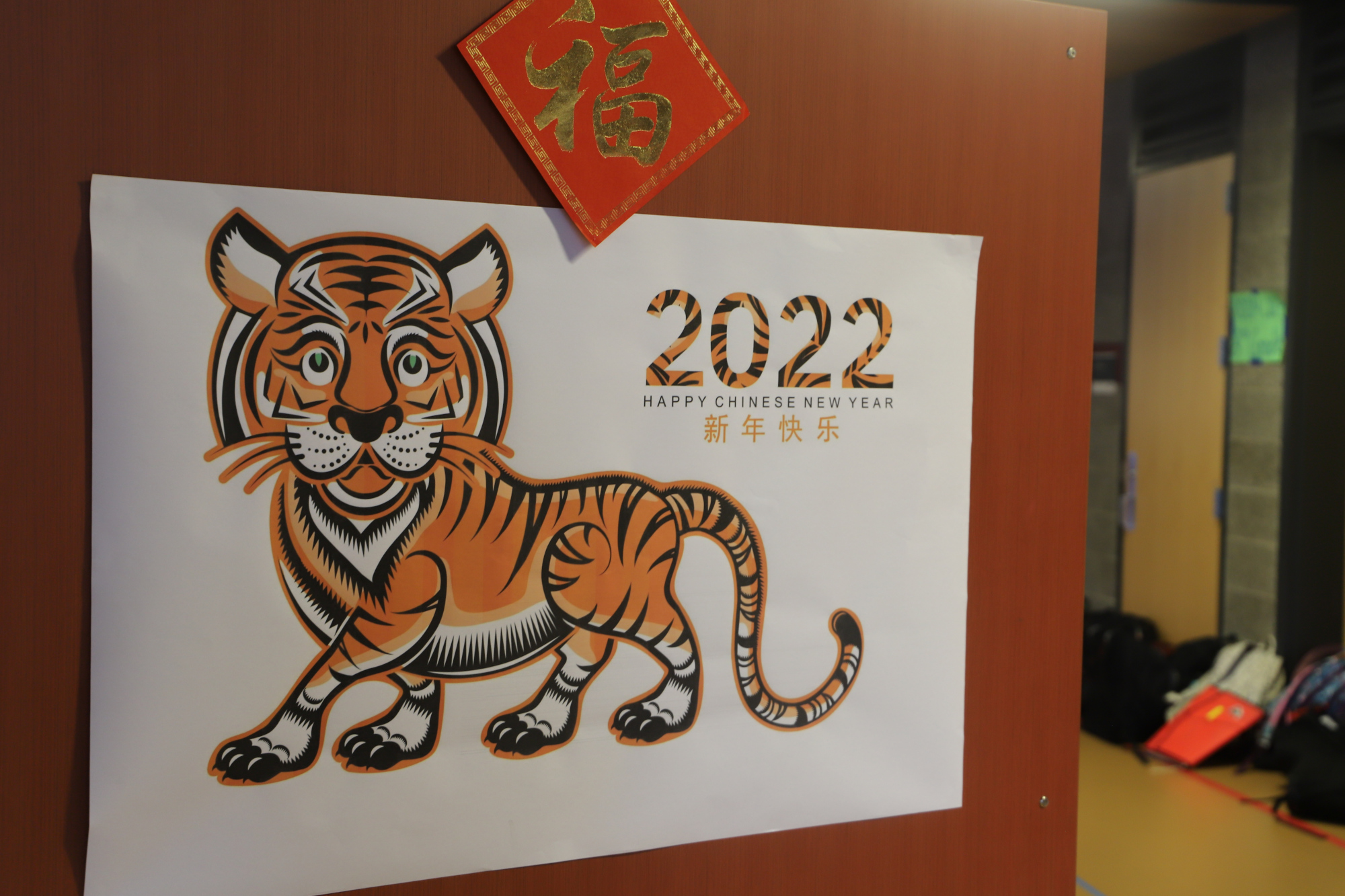 Tyee students created the art and decorations that lined the hallways during the Lunar New Year Celebration.

The Year of the Tiger Begins

Each year in the Lunar calendar is represented by one of 12 zodiac animals in the cycle of stations, or “signs,” along the path of the sun through the universe. Five elements: earth, water, fire, wood and metal are also mapped onto the traditional lunar calendar. Each year is associated with an animal that corresponds to an element. The year 2022 is the year of the water tiger and comes up every 60 years. The water tiger represents strength, bravery and clearing away evil.

One Tradition, Many Celebrations

Each culture celebrates the Lunar New Year differently with various foods and traditions that symbolize prosperity and abundance, and bring family and friends together. In preparation for the Lunar New Year, families clean their homes to rid them of inauspicious spirits and open space for good will and good luck.

Some households hold rituals to make offerings to ancestors. Red paper lanterns and banners inscribed with messages of good health and fortune written in calligraphy are placed inside and outside homes, schools and buildings. Elders give out envelopes containing money to children and foods made with glutinous rice (representing togetherness). Other foods are prepared and shared to symbolize prosperity, abundance and good luck.

BSD Celebrates the Year of the Tiger

BSD school communities celebrated this auspicious time in many ways. At Phantom Lake Elementary, second grade students had had the opportunity to learn how to make traditional dumplings. With the help of parent volunteers, students filled and sealed the savory bite-sized treats. They took the dumplings home to cook and enjoy with their families.

Meanwhile in the south end of the district, Tyee Middle School was a wash of red and gold. From the front desk where staff were dressed in traditional clothing, to the hallways where student art and decorations lined the walls, the joyful spirit of the celebration was evident throughout the school. In partnership with the Tyee PTSA, students were treated to customary foods, dance performances, art stations, and traditional children’s games. 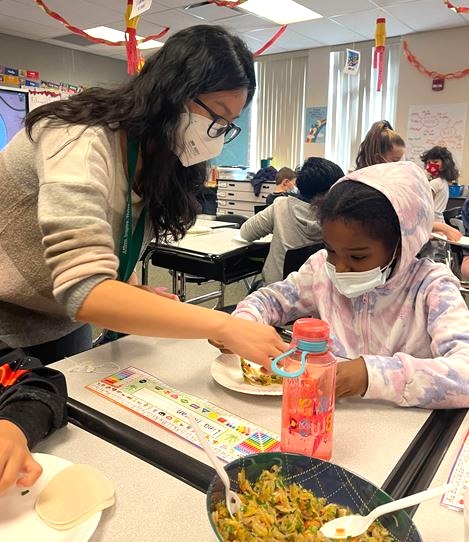 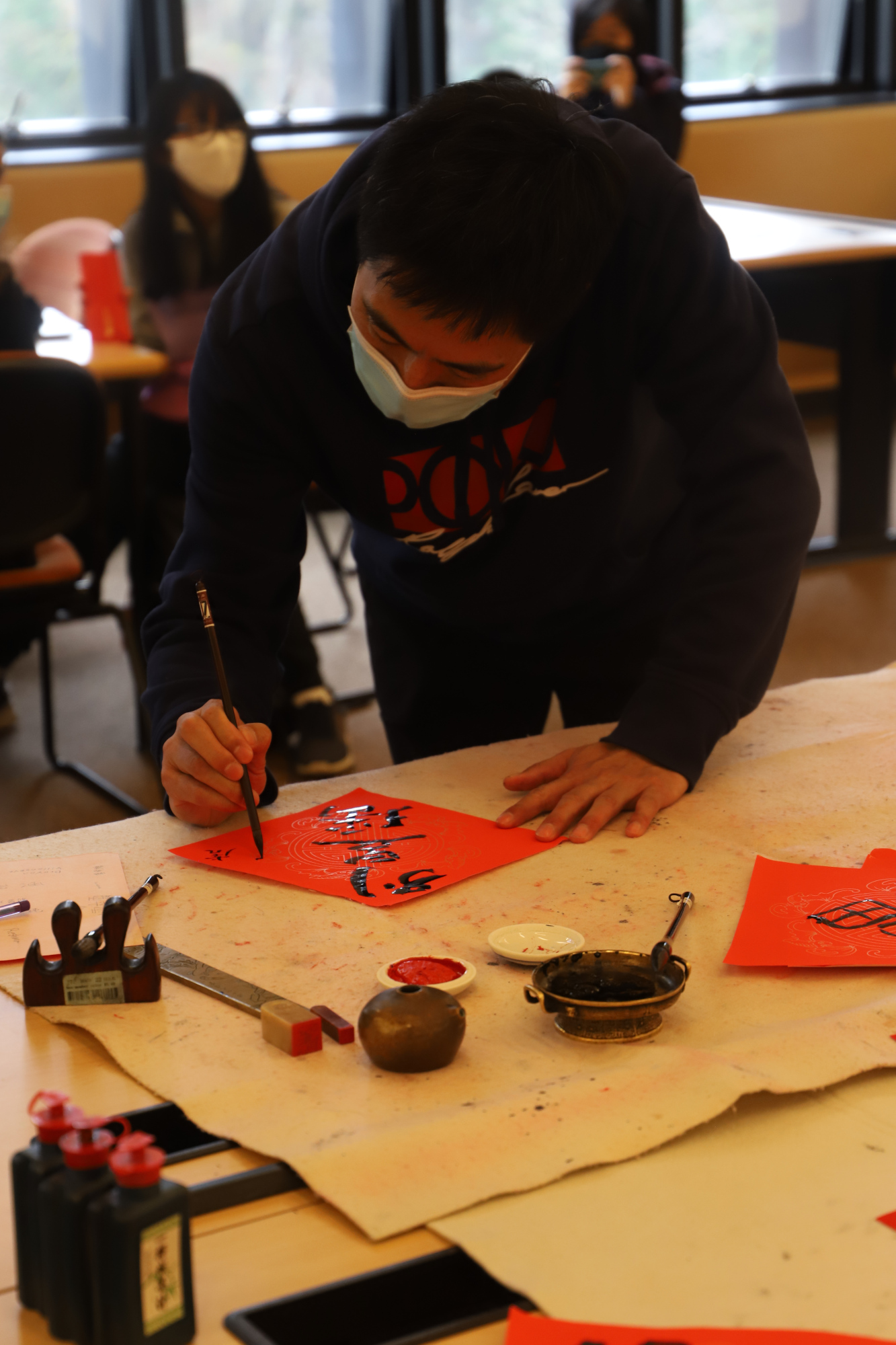 Students in Ms. Burford’s five Chinese classes helped to create the decorations displayed throughout the school — posters, calligraphy, paper cuts-outs — all of which helped to set the tone for this cultural celebration.

“I’m very proud of my students — they demonstrated their learning and best work for the community. All the participants were in a cheerful festive spirit. The whole school was a sea of red and gold, filled with joyous atmosphere and positive energy.” – Ms. Burford, Tyee teacher

BSD is committed to engaging our community and telling the stories of culture and tradition held by our students and families. If you would like to get more involved in our engagement efforts and help to shape our cultural calendar, share your rich cultural heritage and build relationships across the district by sharing stories which enrich the experience of each and every student, contact Gargi Trichel at trichelg@bsd405.org for more information.